For more than 12 years every single councillor sent to Newham town hall in east London had been from Labour. Election nerds christened Newham one of many modern-day rotten boroughs in England. Then last week two young activists from the Green Party changed that.

Nate Higgins and Danny Keeling, armed with clipboards and green rosettes as they posed for photographs, surged to take the Stratford Olympic Park ward from Labour on 5 May. The ward is in a fast-growing part of the capital, boasting its fair share both of highly qualified and highly deprived voters. It’s a healthier neighbourhood than the national average, but it has more cases of anti-social behaviour than the national average, too. In some ways it fits the bill for a stereotypical Green voting ward, and in other ways it doesn’t fit at all.

Higgins thinks that his and Keeling’s victories are as much their success as Labour’s failure. “People feel incredibly disenfranchised here,” he said.

A Labour activist in the area who did not wish to be named admitted that the party didn’t anticipate the scale of the Green win here. Higgins’ thoughts chime with that view. “I think Labour got so used to arguing among themselves they missed [our threat]. Newham’s politics have been moribund for a long time. The Labour Party here is in disarray.” 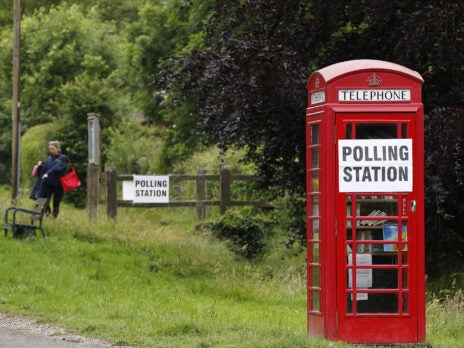 The definitive summary of the 2022 local elections The story of Green gains in Newham forms part of a wider narrative. The party, along with the Lib Dems, performed impressively in this year’s local elections. In the case of the Greens, the frequency of shock gains in areas where there had until recently been next to no tangible support for the party rendered pre-election forecasts almost useless (I am, of course, perhaps sorely, including my own forecast).

According to Britain Elects, in as many as 32 wards across Great Britain the Greens came from nowhere to win the seat outright.

Geographically speaking, Green gains do not follow any obvious trends. There were victories in pro-Remain, graduate heavy, built-up wards with some level of gentrification, be it Hillhead in Glasgow or St Leonard’s, Streatham, in Lambeth. But then there are the wins in Leave-voting areas too, such as the Meon Valley in Hampshire, St Neots in Huntingdonshire and Birkenhead & Tranmere ward on the Wirral. These confound expectations. Urban boroughs, such as the Wirral, have had Green victories in the past, and again this year, but small towns, from Wales to North Yorkshire, had them too.

Of the 98 wards in which the Greens led, 28 were won from the Tories and 36 from Labour. Just one, interestingly enough, came from an independent. So what is going on here?

“An undertold story is the electoral professionalism that’s grown in our party,” said Higgins. “We essentially have a flat-pack election plan that Chris Williams [head of elections] and Adrian Ramsay [co-leader of the party] basically wrote together. The amount of work it asks of you is obscene, but if you do it you really can win -- and we did most of it.”

Harry Gorman, a Green councillor in Prenton, on the Wirral, described his party putting out questionnaires seeking potential voters, looking for those who prioritise local issues, the environment and housing, and then sending those households leaflets that appeal to these issues. There are also, as in any reasonably organised campaign, regular bouts of door-knocking.

Green gains in 2021 came when Labour’s voters were as disaffected as in the 2019 general election. I wondered whether a Labour base as fired up as it is now would see off the Greens this time round. But no: the Greens are here to stay. They break through, like the Lib Dems do, in boroughs that are perceived as safe and poorly governed, and score gains off the back of hyperlocal, small-p politics issues. That's what explains their wins in North Tyneside at the same time as the Lib Dems doing likewise in neighbouring Sunderland.

As to how much we should associate Green victories with increasing concern for the environment, it's hard to tell. Green voters are not as politically logged-on as Green activists -- but nor, really, are any voters. It would be foolish to suggest increased support doesn’t help the environmental cause. Green voters in local elections seem to come from an eclectic range of parties, suggesting this is not just the direct leakage from the Labour Party that we see in national opinion polls, or a flight of organised environmentalists. For Conservative safe seats, for example, to suddenly feel comfortable about voting Green suggests the association of the party and its candidates with left-wing politics isn’t as strong as we might think it is.

In a way, Green Party politics are more small-p than big. A Labour source in the North West who oversaw a ward they eventually lost to the Greens said, perhaps cynically, that Green wins were down to protest votes. “Voters are protesting over green belt issues,” he said. “The wards they win in are getting new housing and commercial developments. That pro-green belt fightback manifests into an anti-Labour protest vote.

“And they out-leafleted us. In a safe Labour borough.”

Were you a voter in a now-Green part of North Yorkshire, I imagine it would be easy to regard the party’s presence there as more a demonstration of localism than anything ideological and academic. With time, however, and with the inevitable increased media attention that comes from electoral successes, one wonders whether that perception about the Greens will last, and whether their appeal will evolve or shrink. New success comes with new challenges.