During Britain’s cost-of-living crisis, it pays to be a landlord. While inflation is driving real-terms pay increasingly further and further below the actual cost of living, rents are on the rise, with private sector landlords cashing in on the profits.

According to the Office for National Statistics, private rental prices paid by tenants in the UK increased by 3.2 per cent in the 12 months leading up to July, representing the largest annual growth rate since the index began in January 2016.

In the past 20 years, the proportion of people owning more than one home has doubled, according to a recent analysis by the Joseph Rowntree Foundation, making it harder for first-time buyers to get on to the housing ladder.

Exclusive polling conducted by the insight agency Opinium for the New Statesman finds the majority of renters have experienced rising rents in the past year, and think it’s unlikely they’ll ever own a home.

Who do we trust to run the economy? 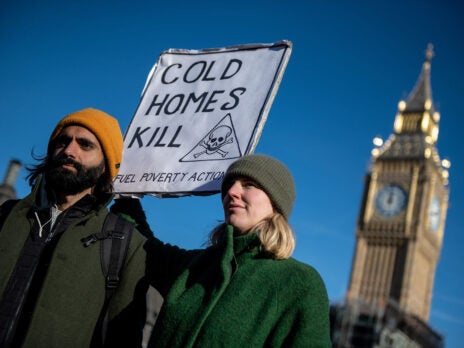 Who made more last year: you or your house?

The data also reveals that, contrary to the idea peddled by successive Tory governments that home-ownership is the ultimate goal, fewer renters are certain they would want to buy a home if money wasn’t an issue than aren’t. As such, the polling indicates that affordability is the principal issue people have with renting.

Across the UK, the majority (53 per cent) of renters say their rent has increased during the past year. There is a stark regional divide, with people in the West Midlands more than twice as likely to report experiencing a rent increase this year than those in Wales.

On average, social renters are more likely to say they have experienced a rent hike than those renting in the private sector, with an average of 65 per cent of people renting from a housing association or local authority saying their rent had increased in the past year.

In April, the government hiked up the social rent cap to 4.1 per cent – the highest nominal increase in a decade, according to the Resolution Foundation think tank. This will only increase further, as the current social rent cap stands at Consumer Price Index inflation plus 1 per cent, although Housing Today reports that the Department for Levelling Up, Housing and Communities is due to consult on plans to limit the cap to around 5-7 per cent in 2023-24.

And though the polling shows that social renters are feeling the pinch more than private renters, this gap looks likely to narrow.

Between 2002 and 2012, social renters spent an average of 15 per cent of their income on housing costs, according to the Resolution Foundation’s "Q4 2021 Housing Outlook". While this was roughly half of the share paid by private renters, during this period, housing benefit fell from covering 52 per cent of average social housing costs to just 43 per cent in 2019.

As such, between 2012 and 2019, housing costs for social renters grew by four percentage points to 19 per cent, remaining at around 31 per cent for private renters.

Home-owners spend substantially less of their income on housing costs.

In this context, it’s easy to see why people are keen to escape the rental market. According to the polling, renters are more likely to feel “very worried” about their ability to own a home than their ability to pay rent. Overall, home-owners are less anxious both about the cost of living and its impact on housing.

Despite the heavy financial burden of renting, renters tend to feel favorably towards their landlords. More than half (53 per cent) say they trust their landlord, while 55 per cent agree that their landlord deals promptly with problems in their property.

However, renters between the ages of 18 and 34 are much more likely to take issue with their landlords, with a third saying they are sometimes inappropriate, and just under a quarter saying their landlord has been threatening. This falls to just 2 per cent of people over the age of 55.

A further sign that renters are broadly satisfied with renting beyond the costs is that fewer renters are certain they want to own a home in the future than those that aren’t.

While 39 per cent of renters say they definitely want to own a home in the future, compared with 26 per cent that have no interest in buying, a further 26 per cent say they would like to own a home, but would be happy to continue renting “if the circumstances were right”. This rises to just under a third of people between the ages of 18 and 34.

Despite its importance, talk of the housing crisis has been largely absent from the Tory leadership race. The British people, however, have the solution: 78 per cent of voters support rent caps while three quarters support tougher regulations on landlords.

Historic policy offerings, such as the Right to Buy scheme, remain unpopular, with more people in favour of a policy scrapping the scheme than opposing it.

As the gap between landlord’s profits and people’s living standards widen, the government must ensure it has a proper plan for tackling Britain’s rental crisis.

[See also: Can Rishi Sunak regain his past popularity?]