Two by-election defeats for the Conservatives – one in a seat where the Tories had a 40-point majority (Tiverton and Honiton), the other in a seat (Wakefield) that, on a uniform swing, would have seen the Tories lose their majority and the status of the largest party to Labour. Whichever way you spin it, and there have been some awful attempts at spinning it, this is more than just normal midterm blues.

Apathy among Tory voters is a much-cited reason for the party’s defeats. Apathy is significant – I’ve been writing as much for more than a year now. But apathy is only part of the explanation. Votes changed hands too. Take Wakefield. More than one in ten of those who went Conservative at the 2019 general election likely switched to Labour (based on a JL Partners poll a few weeks before polling day). There was likely a similar rate of transfer from the Tories to the Lib Dems in Tiverton, if not a higher one given favourability towards the Lib Dems is higher among Conservative voters than it is for Labour.

Observations from those at the Wakefield count paint a similar picture. Labour amassed a far bigger pile of votes than anticipated in Ossett, the most Tory town in Wakefield, so much so that it was neck and neck with the Conservatives.

Though Ossett only had a small part to play in the victory, I’d mark what happened there as quite revealing of future battlegrounds. On paper, ranked by marginality, the battlegrounds at the next election are more working class, deprived and pro-Leave – that is, Wakefield’s built-up areas rather than Ossett. 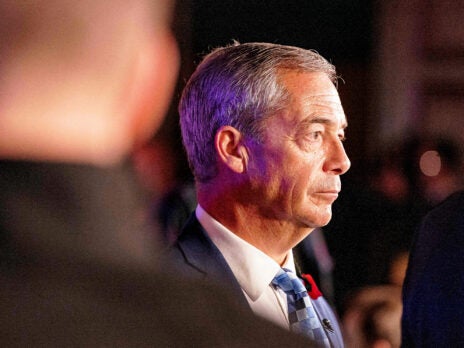 If an election was held today, most if not all of the Red Wall seats would flip from the Tories to Labour – and comfortably so. But there are also seats – such as the ones the Conservatives won from Labour in 2010 and have retained ever since – that are more commuter-based, suburban and increasingly affluent (in relative terms). These towns are bigger in size than Ossett but they have a key similarity: they’re swinging to Labour. And in several, on a bigger scale than the more intensely fought battlegrounds.

[See also: The rail strikes aren’t the wedge issue the Tories want them to be]

Ossett shows Labour can reach beyond the battlegrounds of today, as did its success in the Spenborough valley in last year’s Batley and Spen by-election. The recent local elections also confirm this shift in support. In those, we saw swings to Labour in Stevenage, Swindon, Rugby, Worthing, Milton Keynes and Welwyn Hatfield, and the party finished first across wards in Derby for the first time in years.

Last year I wrote about impending troubles for the Tories in their own backyard, with the party potentially holding seats like Burnley while losing seats such as Altrincham and Sale West (held by Graham Brady, the chair of the 1922 Committee) – once their safest seat in Greater Manchester. As things stand today, they would lose both but add up all the potential losses, based on the current polls, and Labour would still be 20-25 seats short of a majority.

These figures are based on our electoral model Britain Predicts, which did well in forecasting the Wakefield result. But one thing it doesn’t yet do well is account for tactical voting. And last week’s by-elections saw some clear instances of tactical voting.

Tiverton and Honiton was a big win for the Lib Dems – the largest numerical majority ever overturned in a parliamentary by-election. But part of that swing came from Labour (whose vote fell by 15.8 per cent to just 3.7 per cent) and whose supporters backed the Lib Dems as the most viable anti-Tory force.

Our politics has evolved to the point where we are less loyal than we’ve ever been to traditional brands, leaders and identities. The old tribal Con-Lab divide has been replaced by a form of middle-man politics: a traditional Labour voter abstaining or backing, at various points, the Lib Dems, the BNP, Ukip and Leave – helmed by Boris Johnson – before backing the man himself at the 2019 election.

The long-term mass movement of votes, often hard to detect in commercial polling with limited cross-breaks, has upset the apple cart of tribal allegiances. That makes it easier for Labour council wards to go Green, Grimsby to go Tory and Sunderland seats to go Lib Dem. What it could also mean is a greater willingness to vote tactically at the next election.

Historically speaking, tactical voting can swing around 25-35 seats – at least that’s the figure for the 1997 general election according to the Nuffield election study. I’ve yet to properly model tactical voting for Britain Predicts but I’m minded to make a rough estimate for you here.

Electoral Calculus claims that at the 2019 election, tactical voting amounted to as much as 50 per cent of all votes cast in some seats, and as little as 20 per cent in others. For my post-it note model, let’s be a little conservative and say that 33 per cent of Labour, Lib Dem and Green supporters will be willing to vote tactically at the next election, and this will only apply in tightly fought contests – seats in which the incumbent’s majority is under ten points.

If that assumption is made, meaning a third of forecast Lib Dem and Green votes are transferred to Labour – and vice versa where relevant – and we arrive at the following: without tactical voting, Labour is forecast to win 300 seats in an election held today. But apply my figures and you come up with 325, one – just one! – short of a majority.

What would tactical voting do at the next election?
Seats that would change hands in an election held today
Source: Britain Predicts

The Lib Dems, meanwhile, would win 36 seats under this model, as opposed to 23, and the Conservatives would be more than 100 seats behind Labour, with 220 as opposed to 252. In terms of seats that would change hands, I note both the Transport Secretary Grant Shapps and Brexit Opportunities Minister, Jacob Rees-Mogg, would join the list of cabinet ministers already under threat.

This arithmetic is quite clearly abstract. Not all Lib Dem voters choose Labour as their second preference – a fairly significant number, actually, prefer the Conservatives. But they serve as an illustration of the following. First, that tactical voting will not sweep away a particular party quite so easily – if, that is, you make the assumption that tactical voting is uniform in style and scale. Second, that tactical voting can have a clear impact, and will at the next election.

I don’t doubt, as I’ve written before, that we are a more fluid – or “swingy” – electorate than we have been for a long time. This no doubt increases the willingness to vote tactically, to ensure the least-liked party is evicted from power. But right now, it’s hard to estimate how large this trend will be.

We know the Tories are in trouble. Apathy from their base, coupled with a greater willingness to switch to the Lib Dems and Labour on a scale similar to that seen among Labour’s base in 2010, suggests that this is not a typical bout of the midterm blues. We are quite clearly in electorally unknown waters, and there is no shame in admitting that.

Topics in this article: By-election polls